Governor Declares State Of Emergency Due To Various Fires 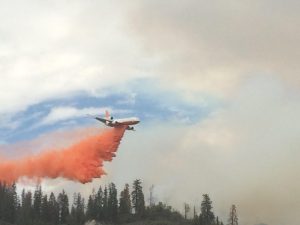 Sacramento, CA — Around 30 wildfires are burning across the state of California, prompting Governor Gavin Newsom to issues a state of emergency proclamation. The move opens the door for additional federal resources to help fight the fires.

Newsom says, ““We are deploying every resource available to keep communities safe as California battles fires across the state during these extreme conditions. California and its federal and local partners are working in lockstep to meet the challenge and remain vigilant in the face of continued dangerous weather conditions.”

Most every major region is impacted, including the Mother Lode, with the 1,500 acre Salt Fire in Calaveras County. There are also large fires in Southern California, the San Francisco Bay Area, near Salinas, in Napa wine country, around the Oroville Dam and north of Lake Tahoe.