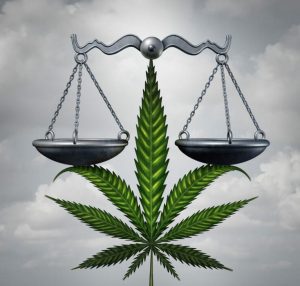 Fresno, CA – Cities including Sonora and Angels Camp that sued to overturn the state’s rule allowing home marijuana deliveries, even where commercial sales are banned, had a day in court.

The tentative ruling on Thursday by Fresno Superior Court Judge Rosemary McGuire took the state’s side. She questioned whether some of the jurisdictions have the standing to bring legal action because they do not have local ordinances in conflict with the state regulation. Without that, she wrote, “there is no dispute.” The next hearing in the case is scheduled for mid-November.

Along with the two Mother Lode cities two dozen others filed last April to invalidate the state’s home-delivery rule that permits legal commercial cannabis deliveries to any physical address as long as it is done by employees of a state-licensed company, of which there are currently about 400.

The League of California Cities and police chiefs argue that such unrestricted home deliveries would unleash waves of hidden pot transactions in conflict with local control that was guaranteed under the 2016 law that broadly legalized marijuana sales throughout the state.

Marijuana companies and consumers who support home deliveries complain of large geographical areas where commercial pot is banned or there are no rules to allow legal sales. So residents living there have to travel to purchase their pot. Because it remains federally illegal, it cannot be delivered through the U.S. Postal Service.