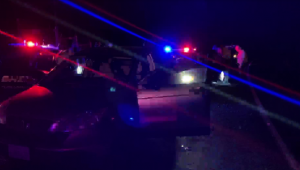 Sonora, CA – A patrolling deputy behind a vehicle was also following a hunch when he ran a registration check revealing it was stolen.

According to Tuolumne County Sheriff’s spokesperson Deputy Nicco Sandelin, the deputy was working early this morning in the area of Tuolumne Road when he conducted the check, which triggered a high-risk vehicle stop.

Sandelin says the driver, 34-year-old Melissa Ball of Jackson, continued a short distance before eventually complying with the emergency lights and sirens. She and her passenger, 33-year-old Justin Pipitone of Ione, were subsequently ordered from the vehicle after which it was searched.