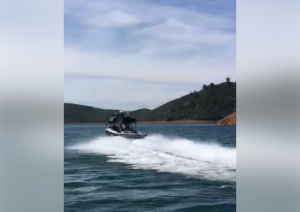 Don Pedro, CA — A 21-year-old man was flown to a hospital outside the area following a frightening water incident at Lake Don Pedro near the Moccasin boat ramp.

The Tuolumne County Sheriff’s Office reports that it occurred just after 5pm on Sunday. Friends and bystanders witnessed the man go underwater and reacted by pulling him to safety and providing CPR. Sheriff’s Deputies also assisted until medical professionals could arrive on scene.

The extent of the man’s injuries is not immediately known. The Sheriff’s Office reports, “We want to express our gratitude to those on scene for acting with courage and focus in such a critical time.”

No additional information has immediately been released.