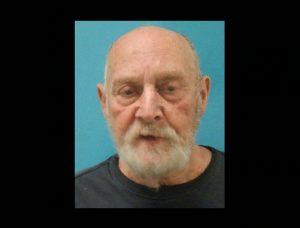 Sonora, CA — A man was arrested after allegedly pointing a .38 revolver at a caregiver and threatening to kill her.

The Tuolumne County Sheriff’s Office reports that the incident occurred Tuesday evening at around 7:30pm at a home on Dapple Gray Way in Cedar Ridge.

Spokesperson, Deputy Nicco Sandelin says, “The victim was in fear for her life and could not escape the residence. Deputies responded and established a perimeter around the house while dispatch maintained communications with the victim. Once on scene, deputies were able to coordinate with the victim and safely escort her from the residence.”

Officials created a perimeter around the home and called in assistance from the SWAT and Crisis Negotiations Team.

75-year-old Donald Jacobson then walked out of the house and started to go up a nearby street. The sheriff’s office says he was told to put his hands in the air, but he failed to comply.

Deputy Sandelin adds, “Donald pulled a firearm from his rear pocket, held the firearm for a moment, then turned around and placed it atop a nearby garbage can. Donald was given several more commands to lay on the ground. Again, he did not comply with the orders and began walking away from SWAT members and deputies. SWAT team members and deputies acted quickly and were able to take Donald into custody.”

The incident lasted for approximately an hour and Jacobson was booked into county jail on charges of false imprisonment, criminal threats, resisting arrest and brandishing a firearm.