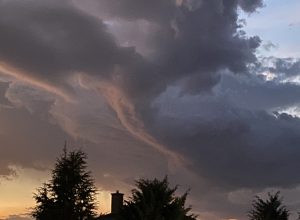 Update at 9:23am: Related to the fire referenced earlier that was reported during the nine o’clock hour last night in the Big Hill area, officials have been investigating some smoke visible again in that area this morning. There are two engines and a hand crew on scene. Officials will continue to keep an eye out for potential lightning caused fires throughout the morning.

CAL Fire says that a small fire was reported outside of Copperopolis, but it is now extinguished. However, there is another small fire that was spotted during the nine o’clock hour last night in the area of Big Hill along Bald Mountain near Sierra Vista Court. The size is unknown, and crews will be on scene throughout the morning. There has been no indication given that any structures are threatened.

Firefighters will be on the lookout for any additional potentially lightning-caused fires throughout today.