Sonora Man Arrested For Lewd And Lascivious Acts With A Minor 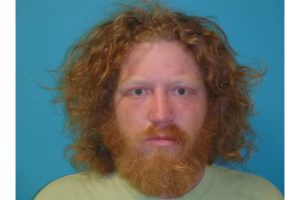 Sonora, CA – A Sonora man remains behind bars on a $100,000 bail after being arrested for the sexual assault of a minor.

The parent of the minor reported the incident to the Sonora Police dispatch on Thursday (June 18). They detailed that the assault took place on that same day in the early morning hours at a Sonora residence.

SPD Officer Thomas Brickley relays, “During the investigation, it was alleged that 31-year-old Dustin Jacobson of Sonora had intercourse with a 14-year-old female.”

Regarding any relationship between the two. Brinkley adds, “It does sound like they knew each other from previous contacts before.”

Jacobson was located in the area and arrested for lewd and lascivious acts with a minor with ten plus age difference, unlawful intercourse with a minor, possession of child pornography, and destruction/concealment of evidence. The latter pertains to the child pornography found on him, according to Brickley.