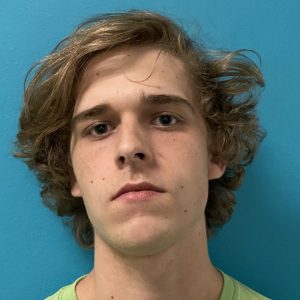 Sonora, CA – An 18-year-old local student is facing felony firearms and drug charges after a recent incident during which he allegedly shot into an occupied vehicle.

According to Sonora Police Chief Turu VanderWiel, Brenton Heddon of Sonora was initially held on $100,000 bail following the Friday afternoon incident, a reported shooting in Snell and Wycoff streets area.

“The reporting party told dispatch that he observed a male subject leaning into the passenger seat of a gray Ford moments before pulling out a gun and firing one shot at the vehicle as it was fleeing,” the chief recounts. The alleged shooter was then seen running into a Snell Street apartment where he was arrested.

The chief says Heddon was ultimately arrested for shooting at an occupied vehicle, Illegal discharge of a firearm, and having an unregistered concealed firearm. According to the booking log, other listed charges are felony transport/sale of a narcotic/controlled substance and misdemeanor destroying or concealing evidence.

Another party, 20-year-old Nicholas Eckstein with no listed address on the booking log was arrested, according to the chief, for being an accessory to a crime, and qualified for a zero-bail release under the Judicial Council’s COVID-19 emergency rule.