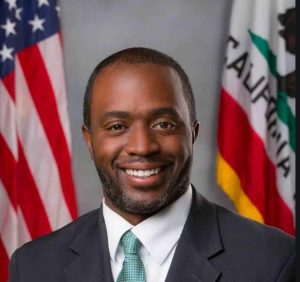 Sacramento, CA — The chief education officials in all of California’s 58 counties, including the Mother Lode, weigh-in in solidarity over the recent killing of George Floyd and the events happening in the aftermath.

During a live stream teleconference Monday, State Schools Superindent Tony Thurmond, the only elected official in the state who is African American, announced plans to lead an effort focusing on racism in public schools as he shared emotional remarks about the killing that he said left him struggling to answer his own children’s questions as to why it happened.

He emphasized that now is the time to address racism and implicit bias in education and said he had reached out to state superintendents around the country and will be initiating conversations with educational leaders, parents, and students along with working with elected officials, police chiefs and government agencies in every sector.

On Tuesday, the school superintendents of every county, including Tuolumne and Calaveras, responded by releasing a joint statement.

It reads, “Over the weekend, we watched peaceful protests call for justice and equality after the killing of George Floyd. We saw thousands of people engage in nonviolent peaceful protests. We also witnessed media images of violence in our communities and across America. Our children will seek to understand these events.

“As adults and educators, we must listen and respond with honesty and empathy. We also must teach them to stand up against racism, injustice, and inequity through non-violent means. Current events demonstrate both the urgency and fundamental importance of embedding in public education the values of eliminating racism and implicit bias, the principle of identifying and closing inequities in educational opportunities and achievement, and the urgency of promoting thoughtful expression and moral courage.

“Working with State Superintendent Thurmond and other state and local education leaders, the 58 county superintendents of California are committed to continuing the important conversation illuminated by recent events, and to promoting equity and justice as fundamental principles in all our activities.”

Asked to further share her thoughts, Tuolumne County Schools Superintendent Cathy Parker states, “Adults must educate children and young people and model for them how to peacefully stand up against injustice, racism, and inequity. Educators should pledge an even stronger commitment to equity and to confronting racism wherever it is found. The answer is not found in violence or the destruction of our community. It is found in ourselves and in the belief that together we can change an inequitable system.”

Calaveras County Schools Superintendent Scott Nanik adds, “I am greatly saddened and appalled at the death of George Floyd in Minneapolis. I understand the peaceful protesters and support their message. I do not, however, support the violence that is being conducted on our cities and communities. More than ever public education needs to reinforce the importance of eliminating racism and implicit bias.”