Woman Charged With Using Vehicle As A Weapon 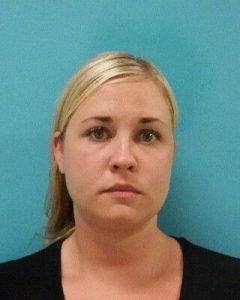 Sonora, CA – A custody dispute that turned physical resulted in a felony assault charge against a local woman.

According to Tuolumne County Sheriff’s spokesperson Deputy Nicco Sandelin, deputies responded Tuesday to a reported physical dispute at a residence on Clouds Rest Road in Soulsbyville where they spoke with all involved and witnessing parties.

Sandelin states that deputies learned the incident evolved out of a custody dispute between the victim and 26-year-old Kaitlin Rigmaiden of Tuolumne, who was subsequently arrested for domestic battery, battery, and assault with a deadly weapon, and booked into Tuolumne County Jail on a $50,000 bond.

Sandelin reports, “The dispute became physical at which time Kaitlin allegedly got into a vehicle belonging to the victim. The victim stood in front of the vehicle to prevent Kaitlin from taking it and she drove the vehicle at but did not strike the victim.” He adds Rigmaiden was also accused of physically assaulting a second person at the residence.