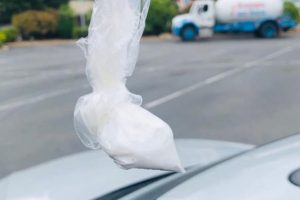 East Sonora, CA – Reckless driving in a local shopping center parking lot resulted in a drug bust and $100,000 bail for the suspect.

While opening the driver’s side door, Nelson dropped a clear plastic baggie filled with six grams of cocaine. A search of the car also discovered almost $2,000.00 cash, a digital scale, and other drug sales related paraphernalia.