Sonora Woman Arrested For Chasing Neighbor While Wielding A Hatchet 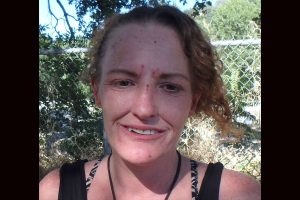 Sonora, CA – A Sonora woman is facing the charge of assault with a deadly weapon after chasing her neighbor while wielding a hatchet.

Sonora Police Officers were dispatched to a home on Columbia Way in Sonora Thursday night for a report of an attack. Once on the scene, the victim stated that 46-year-old Amber Christine Foster had been throwing eggs at a window of a neighboring house. She says when she threatened to call the police, that is when Foster allegedly began running at her with a hatchet in hand and swinging it at her.

The victim was able to run away from Foster before being harmed.  Later that night, officers spotted the suspect in the area of North Washington Street and Pesce Way. She was arrested and booked for attempted assault with a deadly weapon with an assigned bail of $40,000.

Police relay they discovered the 14″ hatchet used in the assault at a separate location.