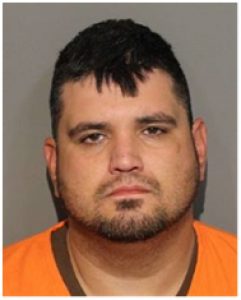 According to Calaveras County Sheriff’s officials, 33-year-old Brian Dehart of San Andreas was arrested Friday in San Andreas and taken into custody for several outstanding warrants as well a recent criminal act during which he potentially endangered the life of his motorcycle passenger.

Due to the COVID-19 “zero bail” order still in effect, officials state that he was set to be booked and released again back into the public.

But because deputies believed he posed a significant danger to the public due to the multiple pending cases against him and the recent vehicle pursuit, they filed a request for a bail increase, which was approved by Superior Court Judge Healy. He currently remains in the Calaveras County Jail.