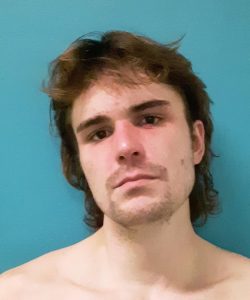 Sonora, CA — Sonora Police say a store employee’s smartphone recording of an alleged shoplifter helped them arrest a suspected serial shoplifter who initially got away after assaulting another employee.

Police Chief Turu VanderWiel says on Wednesday morning officers arrested 22-year-old Noel Figueroa for robbery shortly after an off-duty officer spotted him pushing a bicycle towards the homeless camps off Old Wards Ferry Road near Highway 108. The incident occurred the previous night at a business in the 1000 block of Sanguinetti Road.

“The suspect had fled the scene before our arrival,” the chief recounts. “A store employee reported that she recognized the male subject from previous shoplifting incidents and recorded him with her phone. Officers were ultimately able to identify the subject as Noel Figueroa from those images.”

He recounts, “The store employee described watching Figuroa take merchandise from the shelves to conceal on his person…law enforcement was called, and a store employee locked the front door to prevent Figueroa from leaving, requesting he pay for the items. Figueroa grabbed the store employee’s hand that was covering the lock and began to twist her wrist, forcing her to unlock the door.”

Because he used force to affect the crime, Figueroa’s charge was elevated to felony robbery, making him ineligible for the $0 bail due to COVID-19. He is currently being held on a $50,000 bail.