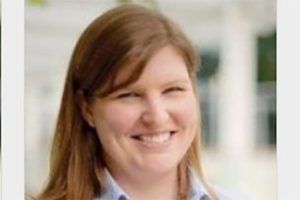 Sonora, CA – A new Interim Tuolumne County Health Officer will be voted on by supervisors at a special meeting at 1 p.m. on Thursday and the doctor poised to take over the role has held the position before.

The county has been looking for a new health officer since it dismissed Dr, Bob Bernstein in February after serving just under two years in the post, as reported here. Currently, Dr. Eric Sergienko has been serving as an interim. He is also the health officer for Mariposa County and is in need of backup, according to CAO Tracie Riggs.

Riggs tells Clarke Broadcasting that ironically the county’s recruiting service offered up Dr. Liza Ortiz as a candidate for the position. Dr. Ortiz already served as the county’s health officer for two years starting in April of 2015 and then resigned for personal reasons in 2017, as earlier reported here. Riggs details, “We’ll get her appointed, she will be working with Dr. Serginko. The timing is perfect because he has been working really long hours representing several counties. This can provide some helpful backup for him.”

Dr. Ortiz has initially signed on for three months and will be paid $53,000 for that period along with benefits. There is an option for a three month extension after that discloses Riggs. Whether this position will become permanent, Riggs states, “It’s possible. Maybe she comes back in here and she feels like it’s a good fit. You know works out for everyone else, we could absolutely consider that. Right now, all just want to focus on the health emergency and getting some backup.”

Dr. Ortiz’s first day on the job is Thursday. Riggs outlines that she will be spending the next week with Dr. Serginko, who will remain in an advisory role, getting caught up on the coronavirus response and other health department activities.

Also, on the agenda is a vote to revise the Public Health Officers Class Specification to allow for more candidates to apply for the position in the future, click here for those details.