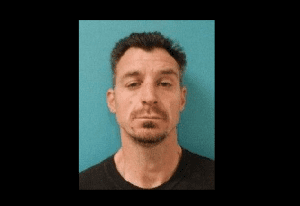 Sonora, CA — The Sonora Police says a 41-year-old man is wanted for questioning about a recent alleged assault.

The PD reports that Wesley R. Dunn allegedly struck a man in the head with a crowbar near the 400 block of Stockton Road during the evening hours. The man stated that Dunn drove by in a Toyota SUV, honked the horn, made a u-turn, and then left the vehicle to attack him with the crowbar. The man told police that he knows Dunn and has had “prior issues” with him. The victim was not seriously injured in the alleged assault. Anyone with information on Dunn’s whereabouts is asked to call the Sonora PD at 209-532-8141.