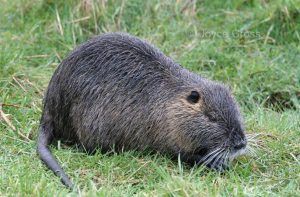 Washington, DC — The US House of Representatives has approved a bill that would spend $12-million to help eradicate an invasive swamp rat that has been located in parts of Tuolumne County and the Central Valley.

The bill by Democratic Representative Josh Harder of Modesto would reimplement an expired federal program that was passed in 2003 and successfully ran the invaders out of the Chesapeake Bay in Maryland.

Nutria were believed to have been eradicated from California in the 1970’s, but they reappeared in 2017. Since that time, 800 have been removed from the state.  Louisiana has also been experiencing a recent surge. The $12-million would fund water habitat protection, education, research, and monitoring programs. California and Louisiana are the two states that would most benefit.

Nutria can devour up to 25 percent of their body weight daily and one female can reproduce 200 offspring per year. If no action is taken, Harder says the state estimates there will be 250,000 Nutria in California within five years.

Harder adds, “Nutria threaten farmers, indigenous wildlife, and our water infrastructure. It is time to bring in the cavalry and drive them out of the Valley.”

The bill was approved unanimously in the House. Harder referenced in a speech on the House floor that the bill has support from lawmakers who he typically does not share a common interest with, specifically naming Mother Lode Republican Tom McClintock and Louisiana Republican Garret Graves, highlighting the bipartisan support. The bill now goes to the Senate for consideration.

Click here to view an earlier story about nutria sightings in Tuolumne County.