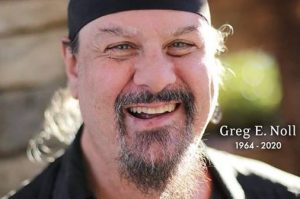 Sonora, CA — Many in the community are mourning the passing of local Tuolumne County musician Greg Noll.

Well known for the band Crazy Ivan, Noll was a very popular figure on the local music scene. He passed away Thursday at a hospital in the Central Valley. He was in his mid-50’s.

In 2014 Noll was featured as KVML’s Newsmaker of the Day after Crazy Ivan had been on hiatus for a couple of years and he was returning to the stage following a stroke. He had noted that the band had formed 17 years prior and built up a big following for playing classic rock cover tunes.  Click here to view the earlier story. Yesterday friends started a GoFundMe page for Noll’s children, noting that he had suffered organ failure due to diabetes. You can find it by clicking here.

Funeral services for Noll have not been announced.