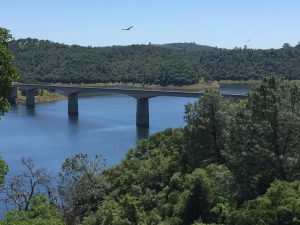 Sacramento, CA — The lack of rain and snowpack in the Sierra Nevada will have a negative impact on the amount of water Central Valley farmers and water contractors will receive.

Today the US Bureau of Reclamation announced the initial 2020 water supply allocation projections for those that receive water through the state’s Central Valley Project.

California received heavy snow to kick off the water year in late 2019, but precipitation has been minimal since January 1st. Officials are hoping for a wet March because the Sierra Nevada snowpack is only measuring 41-percent of the April 1st average.

Meanwhile, it is more dire for agricultural contractors south of the Delta who will only receive 15-percent of their contract supply. Southern municipal districts are planning to receive 65-percent of the historic use.

It is noted that things can change over the coming months if more precipitation arrives across California.