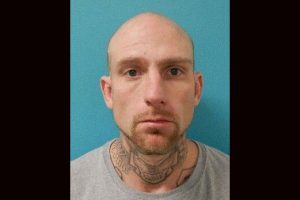 Twain Harte, CA – Several children were removed from a Twain Harte home when during a welfare check a man was discovered to have heroin and meth on him.

Concerned over a man, sitting inside a vehicle and parked in the driveway of the home, Tuolumne County Child Welfare Services agents running a check on Monday called the sheriff’s office to assist.

Once on scene, deputies approached and began questioning, 37-year-old Jay Whittle of Twain Harte while still inside the vehicle. They then conducted a pat search of Whittle that turned up drug paraphernalia, which allowed for his vehicle to be searched. Inside deputies uncovered several grams of suspected heroin and methamphetamine along with a large amount of cash as well as other items related to drug sales.

Whittle was taken into custody without incident for possession of heroin and methamphetamine for sales and having drug paraphernalia. His bail was set at $20,000.