This updated version of the classic matching game lures you on a journey to search for the legendary lost city of Atlantis! Travel the ancient lands of Greece, Babylon, Carthage, Egypt, and Rome to find artifacts that will help you locate the mysterious sunken kingdom. Exciting gameplay, extra features, and riveting storyline all blend together to keep you entranced through all 76 levels of this perfect puzzler.

Hardest Jigsaw in the World

Sprill and Ritchie: Adventures in Time

Sprill and Ritchie are back in an all-new, Hidden Object game that will tickle your funny bone as much as it teases your brain! Having escaped alien captivity in the Bermuda Triangle, Sprill must now survive his best friend's outlandish experiments, which sends a temporal whirlwind ripping through time and mixing up items from different ages. To set things right, you must help Sprill collect everything that's out of place, in Sprill and Ritchie- Adventures In Time!

Is there a better setting for a Hidden Object adventure game than an old house full of secret rooms and hidden corridors? No! And Natalie Brooks: Secrets of Treasure House has plenty of these and more. Join the game`s intrepid heroine as she solves puzzles, finds hidden items and interacts with colorful characters, including a chief of police whose ambitions might not align with the right side of the law! Features unique mini-games, beautiful graphics and rich audio. Begin the journey today! 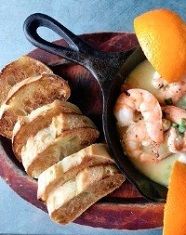 A Call to Action

Word of the Day
Online Sudoku

Calaveras Music In The Parks Series Will Return This Summer