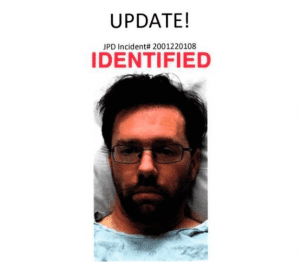 Amador County, CA — Officials were able to confirm the identity of an injured man with amnesia who responders retrieved from a highway ditch.

The man, who suffered a head wound he could not recall getting, was recovered off Highway 88 near French Gulch Road in Pioneer last Wednesday afternoon with nothing more on him than $30 in cash.

As reported here, he was taken to Sutter Amador Hospital for treatment, and although the man could not remember his name or provide any other identifying identification, he gave officials permission to take his photo for use in a public bulletin.

The following day police reported that the man was able to tell them his name, date of birth and social security number, which helped them verify his identity as 32-year-old Keith Keifer of West Virginia, an active member of the U.S. Air Force who was being transferred back east.

Officials were able to learn that Keifer had been stationed at Travis Air Force Base near Fairfield and that he might have been dumped roadside after being victimized in the Sacramento area, which Sacramento Police investigators are still working to determine.