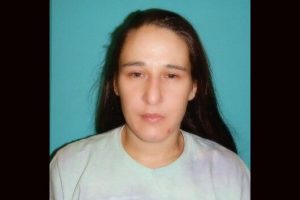 Sonora, CA – Receiving a tip from the public regarding a woman wanted for her alleged involvement in the Jeremy Allen involuntary manslaughter case led Tuolumne County Sheriff’s detectives to a local pond.

The body of Allen, 44, of Jamestown, was found along a forest road off Buchannan Mine Road in the Stanislaus National Forest on May 23rd after being reported missing by his family in April. The previous day, sheriff’s officials had asked for the public’s help to find Allen whose truck was found parked behind a tarp-covered fence in the area of Fir Drive and Mountain View Road in Sonora, as earlier reported here. At the time, detectives called Allen’s death “suspicious.”

Although an autopsy later showed that Allen had died from an overdose of mixed drugs, in September, two alleged accomplices, 41-year old Michael Pierce of Sonora and 39-year-old Cyrus Cole of Tuolumne, were arrested. Both were charged with involuntary manslaughter for failing to get Allen medical attention and later dumping his body in the forest and taking off in his truck, as reported here. Both were charged with involuntary manslaughter and concealing an accidental death among other charges. White was not found with Pierce and Cole during their arrest, but detectives released her photo to the public.

Ironically, White was found with Cole, who was out on bail, camping around Elsey’s Pond in Sonora. She was arrested for several felony warrants related to the Allen case and drug charges. Cole was also handcuffed for drug-related probation violations.