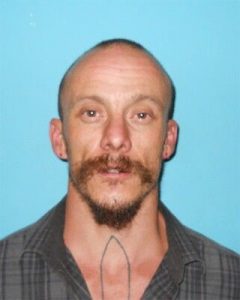 East Sonora, CA – An alert clerk at the Money Mart in the Junction Shopping Center on Mono Way in East Sonora helped to nabbed two suspects trying to pass a bad check.

After recently receiving the check from 32-year-old Coty Matulovich that was made out to him but appeared to be altered, the clerk refused to cash it. A call to the account holder confirmed it was fraudulent and it was reported to the Tuolumne County Sheriff’s office.

Just as deputies arrived at the center, they saw Matulovich leaving in a pickup driven by 37-year-old Jeremia Taylor of Vallecito. The truck was pulled over on Mono Way minutes later. A records check showed Matulovich was wanted on a DUI traffic warrant and Taylor was on searchable probation. That prompted a sniff around the vehicle by K9 Beau whose nose alerted to drugs. Inside the vehicle, a plastic bag containing nearly 8 grams of methamphetamine, drug paraphernalia, and drug packaging was discovered.