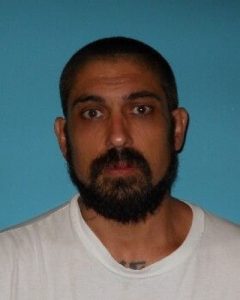 Sonora, CA – A Mother Lode resident who reportedly lit his shirt on fire in an attempt to burn down a home was jailed on a $75,000 bond.

According to Tuolumne County Sheriff’s spokesperson Sgt. Andrea Benson, on Wednesday afternoon, 37-year-old Joshua Miller of La Grange had been involved in a verbal altercation that turned physical when he allegedly threw the victim onto the floor then pulled off his own shirt and lit it on fire while threatening to burn the house down.

Benson adds two children were present at the time of the incident, that the victim was able to extinguish the flames, and was successful in barricading herself and the children in a bedroom. Miller left the residence but then returned and waited for law enforcement to arrive. He was arrested and transported to Tuolumne County Jail where he was booked on charges involving arson of an inhabited structure and spousal battery.