No Bail For Sex Offender, Felony Charges For Roommate 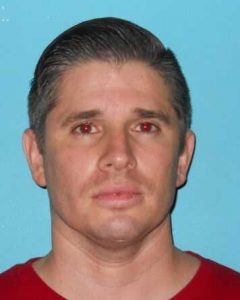 Sonora, CA – A convicted sex offender is in jail without bail following a violation of his probation terms when deputies discovered a toddler in the home where he was staying.

Tuolumne County Sheriff’s spokesperson Sgt. Andrea Benson reports that deputies responded Sunday night to Preston Lane in Jamestown for a welfare check but left after 31-year-old Alyssa Whitt assured them she was fine and no one else was in the home.

However, a short time later, deputies returned after dispatch took a call reporting that Whitt was preventing a roommate from entering the residence.

Upon investigating the matter, deputies learned that the roommate was staying at the home along with 36-year-old Nathan Orozco, a registered sex offender, and despite the terms of his probation, which explicitly state that he does not have contact with minor children, deputies discovered a toddler living in the home.

Benson says Whitt also knew of Orozco’s sex offender status and as deputies arrested him, she outright threatened to kill the roommate. Benson adds that Whitt fought with deputies as they placed her under arrest and escorted her to a patrol car.

Both were booked into the Tuolumne County Jail. In addition to violating his probation, Orozco was charged with failing to register as a sex offender. Whitt was given a $45,000 bail and faces charges of making criminal threats, committing a felony while released on bail, and resisting arrest.