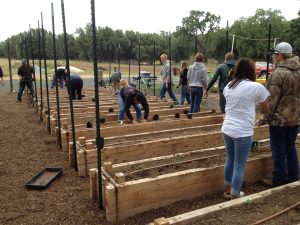 The trustees at their Tuesday night meeting voted to approve a settlement agreement with the Tuolumne County Farm Bureau, which filed suit against the district earlier this year, alleging Brown Act and other procedural violations over last year’s decision by the outgoing district board to sell a portion of its Wildcat Ranch property for $1 million.

As earlier reported here, the nonprofit Park Foundation planned to establish a community park there and provide at least another million dollars of in-kind improvements. As the sale remained in escrow under a judge’s injunction, the organization made repairs to the high school’s cross-country trail that runs through both ranch parcels. Then, as reported here, on May 14, the trustees voted to rescind the sale, owing the decision to rising legal fees.

The foundation argued in its June 4 reply letter to the board that the district had a fiduciary and contractual obligation to honor the purchase and sale agreement, as the judge did not rule it as illegal and had further identified the trustees’ errors and omissions, outlining possible remedies.

The newly approved settlement agreement between the trustees and Farm Bureau will probably cost the district around $180,000, according to District Superintendent Dr. Mark Miller.

Although described as a compromise between disputed claims and not admission of liability by either party, it requires the district to assume the legal fees for both sides. It also includes defined Brown Act practices, a supplemental production of public records, and an acknowledgement that should the district wish to sell the Wildcat Ranch property again, it would take the steps necessary to designate it as surplus, regardless of the previous actions of the district.

Asked if the Farm Bureau will be stepping up to provide more assistance or other support for agricultural programs at the ranch, since its initial complaint over the sale was loss of Ag education resources, Miller shrugged. “I have not heard from the Farm Bureau. At this point, it has only been our attorney talking to their attorney. So, clearly at some point we are going to need to have that conversation — and figure out what to do next with the property.”

As for the possibility of winding back the process and perhaps re-approach an eventual sale to the Park Foundation or another entity, Miller says it would be a monumental undertaking. “This agreement now would cause us to have to go back to step one, meaning forming a committee to determine whether or not the land is indeed surplus, and then doing all the notices, which has been about a two-year process.”

Sighing a bit, he continues, “Right now, the district is struggling to make ends meet, year to year to year, so we just don’t have any type of capital or money to make any kind of major improvement to that piece of land, even if we wanted to. So, my guess is that it will stay what it is…135 acres of land that we raise a few cattle…a few FFA animals, and run a couple of cross-country meets a year.”

He adds, “The Park Foundation is the next piece of the puzzle. We have not had a chance to reach out…the Park Foundation wrote an open letter saying it believed the district had legally committed to sell the property, and we will have to, at some point, respond to that letter.”

Redoubling Efforts To Sell The Dome

In the wake of its Wildcat Ranch woes, the trustees are reactivating plans to reassess the district’s historic Dome property. Past efforts declaring the parcel containing the Dome, some outbuildings and a limited parking area as surplus did not generate any serious buyers.

While the historical society and a Save the Dome nonprofit have come forward with ideas for the property, Miller notes, “They have all said that until we figure out the parking, it is not even a conversation worth having.”

So moving forward, the district will be considering whether it could declare as surplus the adjoining parcel containing the alternative education campus and athletic fields, and relocate those resources. According to Miller, the trustees voted Tuesday to establish an ad hoc committee led by board members Nancy Scott and Jeanie Smith, who will begin looking at assembling a larger committee.

“The goal is to have an action item on the next board agenda to try to establish a full-blown committee to look at that property,” Miller shares. “A key focus will be to determine what part of the property as surplus. Nobody wants ‘just the Dome’ so the committee is going to have a very large scope of things to look at.”