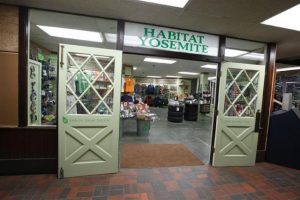 Yosemite, CA — With Earth Day coming up Thursday, Yosemite National Park is unveiling ways that it is “going green.”

“These are cutting edge, state of the art, environmentally sustainable rooms,” says Gediman. “Two designers put these together and we’re hoping this will eventually be what all of the rooms will look like.”

A ribbon cutting was also held today for a new store in Yosemite called, “Habitat,” that features products made from recycled material.