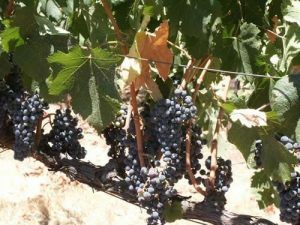 After declining four consecutive years, state officials say pesticide use increased in the Mother Lode and across California.

The new data released this morning from the Department of Pesticide Regulation is for 2010. Over 173 million pounds of pesticide were used last year, an increase of 9.5 percent from 2009. Tuolumne County farmers used a total of 31,910 pounds of pesticide in 2010, compared to 24,641 the prior year. Calaveras County was up to 38,078, compared to 27,195. The numbers pale in comparison to the agriculture heavy San Joaquin Valley, where Fresno County alone had 30,283,617 pounds.

“The winter and spring of 2009 and 2010 were relatively cool and wet, which probably resulted in greater fungicide use to control mildew and other diseases,” says Chris Reardon, DPR Chief Deputy Director. “Summer and fall temperatures were also below average, which led to late harvests, more insect damage to some crops and additional treatments.”

Sulfur was the most highly used pesticide by both conventional and organic farmers. Sulfur is a natural fungicide commonly used to control mildew on grapes and tomatoes.

DPR regulates the sale, registration and use of pesticides and is part of the California Environmental Protection Agency.