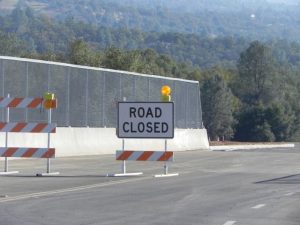 “We’re completing the last steps as we speak, so Old Wards Ferry will be open to two-way traffic at 5pm,” says Bill McKenzie with the Tuolumne County Community Resources Agency.

Old Wards Ferry has been closed since July from the north edge of the overpass of Highway 108, to a point approximately 3,000 ft. south of the overpass. Crews have been installing the infrastructure for the future Law and Justice Center.

McKenzie notes that final work will be completed in the weeks ahead. Crews will be back along Old Wards Ferry the Monday after Thanksgiving and continuing until around Christmas. However, delays during that period for motorists should be less than 20 minutes. It should not require a long term closure.