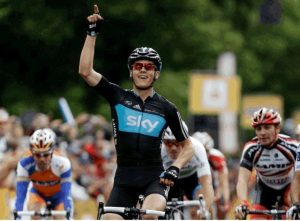 Sonora, CA — The Amgen Tour of California is strongly considering the City of Sonora as a host city.

County Administrator Craig Pedro told the Board of Supervisors this morning that he was notified that the Amgen Tour is interested in traveling through Tuolumne County on May 15 and 16 of next year. “It is not a done deal, but this could be huge for our community if it works out,” said Pedro.

The Amgen Tour is the largest cycling event in America.

In response, this week the county sent a letter of support to the 2012 Amgen Tour, indicating that it is prepared to provide proper law enforcement, ambulance and public works staff. Special event and encroachment permits would be dropped by the county as its contribution as a local sponsor for tour.

Assemblywoman Kristin Olsen is among those spearheading the effort to the run the tour through the Mother Lode. In previous years she helped convince organizers to select Modesto as a host city.