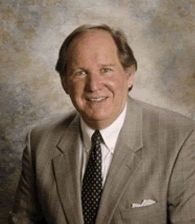 Mark Belden, who declines to side with a political party, defines himself as a social moderate and fiscal conservative. Belden was previously a Republican, but feels the party has drifted too far to the right.

“People are getting tired of ‘the right or the left,”‘ says Belden. “People seem to like the fact that I’m not pushing either Republican or Democratic values.”

On the issues, Belden would like to see the death penalty abolished and replaced with a “life without parole” sentence. Belden says he opposes further gun controls on law abiding citizens, supports a pathway for people in the country illegally to gain citizenship, is opposed to increasing taxes, and supports decreasing the overall scope of government.

Belden feels California is losing the War on Drugs. He does not feel that taxpayer money should be used to incarcerate drug abusers, but feels that funding should be utilized to reduce the manufacturing, trafficking and sale of drugs.

Belden was born in Oakland and moved with his wife to Calaveras County in 1991. He has a General Contracting license and developed a way to build steel frame homes. He is the founder of the company MC Belden. He ran unsuccessfully in 1992 for a seat on the Calaveras County Board of Supervisors and in 2010 for the District One Senate seat vacated by Dave Cox.

Other candidates that have expressed an interest in running for the newly drawn District Five seat, which covers Tuolumne and Calaveras Counties, include Republicans Frank Bigelow and Rico Oller.