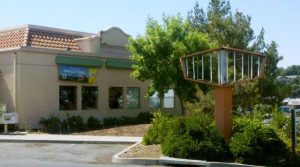 Sonora, CA — Questions remain about why the Sonora Denny’s on Mono Way was abruptly closed down.

The business locked its doors on August 26th. Assistant restaurant manager Jaime Lloyd says a person, claiming to be from the Denny’s Corporate office, told her that Sahara Enterprises (franchisee) was no longer allowed to do business under the Denny’s name.

“The day they closed it down, I was called (by employees) and they said ‘Jaime they’re throwing us out,'” adds Lloyd. “I went in and all the customers and employees were outside, and they were changing the locks.”

The signage was removed a couple of days later, and a sign was placed on the door saying that the business is “closed for remodel.”

The principal owner of the franchise, Sam Rahiem, passed away in the Sacramento area during the 4th of July weekend.

Lloyd argues that the employees are being turned down when requesting unemployment, because the franchisee was allegedly not paying the proper state and federal taxes.

Denny’s Corporate officials could not be reached for comment, however, the company’s website has removed Sonora from its list of locations. In the restaurant locater section, Oakdale is now the closest spot listed near Tuolumne County.