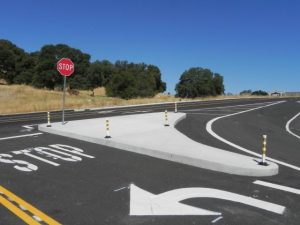 The County has approved a notice of completion with contractor Sierra Mountain Construction, Inc. It states that the project was completed according to the plans and specifications. The original cost estimate was $2.4 million, but there were several change orders totaling an additional $444K.

The company oversaw the installation of utilities, including new water and sewer lines down Greenley Road, linking over to Old Wards Ferry Road. They also made improvements to Wards Ferry Road, and constructed a new interior road to service the law and justice center site.

Plans for a new Tuolumne County Jail are at a standstill due to a lack of funding. The price tag for a new jail is estimated to be around $48 million. The property will also eventually house a Juvenile Detention facility and Superior Courts building.