New Businesses To Open In Columbia 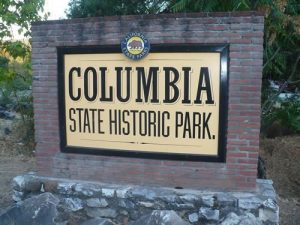 The proposals will be submitted to the State Park and Recreation commission and a vote on who will be awarded the five year contracts is expected by mid May.

Columbia State Historic Park is designated as a National Historic Landmark District, and has been preserved to tell the story of the towns which arose during the California Gold Rush to serve the needs of miners. California State Parks has restored and continues to preserve over 30 of the original brick buildings along the town’s Main Street.

Columbia State Historic Park annually hosts over 400,000 visitors, its many historic-style stores and restaurants are run by over 20 Concessionaires whose businesses, along with park staff and volunteers, help recreate the experience of the California Gold Rush.