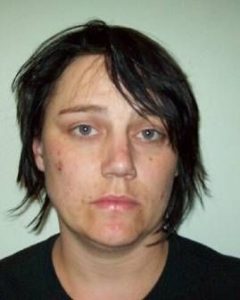 Five people were arrested on charges ranging from resisting arrest to possession for sales of Methamphetamine. Three children ranging in ages from 10-15 years of age were turned over to child protective services.

Sheridan and Payton were found to be in possession of controlled substances and arrested at the scene. Duckett reportedly jumped out a bedroom window to flee on foot, but was quickly apprehended by a patrol Deputy. Shaw refused to comply with Agents orders and had to be restrained.

Law enforcement had a search warrant for the 1800 block of 5th Ave. in Jamestown. At the time the warrant was executed TNT agents believe a birthday party was underway for Campbell. Other subjects detained at the scene were released after being searched.

52 year old Tamara Mclain, is being sought on charges of maintaining a drug house and possession of narcotic paraphernalia.

According to the report due to the continued behavior and actions of the parents Campbell and Sheridan, a criminal complaint charging child endangerment and maintaining a drug house will be pursued through the District Attorney’s Office.

Evidence that Methamphetamine was being smoked inside the residence where children were present, prompted TNT agents to remove the three children from the home. The children were placed into the protective custody of child welfare services.