Rising Water Levels Through The Weekend 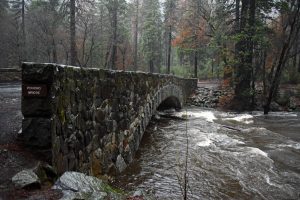 Rising water levels are anticipated for rivers and streams in the Sierra Nevada through the weekend.

The combination of above normal temperatures and rapid snow melt over the higher elevations of the Sierra will accelerate runoff and generate diurnal water rises on area streams and rivers during the next few days.

Many rivers in the Sierra Nevada foothills and higher elevations of the Sierra could rise to near bankful this weekend.

Hikers, recreational boaters and campers should remain alert for rising waters on area streams and rivers during the next few days and be prepared to move to a place of safety if the threat of flooding becomes imminent.

Keep in mind that rivers pose dangerous, life threatening hazards at this time of year due to their swift currents and very cold water temperatures. Fifteen minutes or less exposure to the icy cold waters of a river can lead to hypothermia.

Strong undercurrents can carry even an experienced swimmer into dangerous parts of the river. Don`t become the next drowning
victim or the victim of a water rescue!