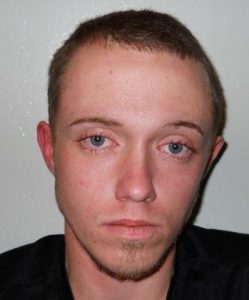 Sonora, CA — Sonora Police Department arrested Ashley Reiser and Adam Hoskins who were reportedly fighting each other in the Sonora Regional Medical Center yesterday at 5:55 pm.

Reiser, a 28 year old from Columbia, gave officers a false name at first and was later found to have an outstanding warrant. She was in possession of a hypodermic needle.

25-year-old Adam Hoskins of Jamestown had a glass smoking pipe, which had narcotic residue in the smoking bowl. Hoskins was also in possession of a “hip kit,” which contained hypodermic needles, a spoon with narcotic residue and other items associated with the injection of narcotics. In addition, he had a stolen checkbook.