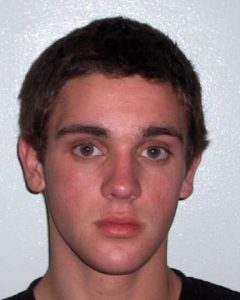 Sonora, CA — The Sonora Police Department says a man that allegedly pulled a knife and stole a car from a woman at the Big Lots Parking lot on Monday, was at it again on Tuesday, but this time arrested.

At 4pm yesterday, a woman said a man came up to her at the AM/PM mini mart on Pesce Way. He pulled out a knife and said he wanted her car. However, the man accidentally dropped the knife and the woman stepped on it. He was able to move her foot away to retrieve the weapon, but then took off on foot.

The woman gave police information about what he was wearing, and he was located by police about an hour later in the 500 block of S. Washington Street. After a chase, he was captured and taken to county jail.

Police Chief Mark Stinson says he is identified as 21-year-old Zakary Howerton of Sonora. He was found to be in possession of items stolen from the Big Lots carjacking, as well as items stolen from a residential burglary earlier in the day.

Howerton was also in the news in 2010 when he was arrested on drug charges. To read that article, click here.