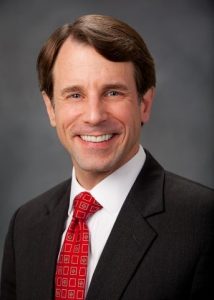 Sacramento, CA — The State’s Insurance Commissioner is recommending that Anthem Blue Cross be excluded from the state’s insurance exchange program.

Enrollment in the state’s small business exchange program will start in October, as part of the Federal Affordable Care Act. Insurance Commissioner Dave Jones has been critical of Anthem Blue Cross raising its rates three times within the past year. “Anthem has engaged in a pattern of excessive and unjustifiable rate increases for its small employer customers, and therefore they should not be permitted to participate in California’s small employer health exchange,” says Jones.
Jones says the company’s 12 month cumulative rate increase has been 17.2%. He argues that the rate increases have resulted from overestimating future claims and medical costs, and charging for fees that won’t be collected until next year.

Jones has no authority over whether Anthem will be allowed to partake. Covered California, the state agency overseeing the exchange, says it will consider Jones’ request. Anthem is one of thirteen scheduled to have plans offered as part of the exchange program.