A Big Score in Calaveras County 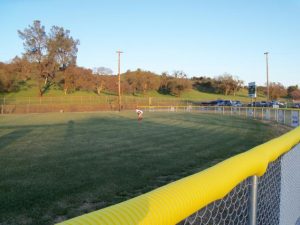 Angels Camp, CA -Calaveras American Little Leaguers are hitting a new field for the opening season games this afternoon. And that’s not all; players will see a lot of changes to the ball park.


Calaveras American League Board Member Rob Maybean says, “There’s a new scoreboard. It is an LED lighted board so it’s really cool. We put in a new outfield fence and dugout covers, so everything looks really great.”

Maybean says all the field renovations were done with money collected at fundraisers or business sponsor donations totaling over $4,000. The league has 10 teams from T-ball to Juniors (13-14 yrs.).

The opening ceremonies and field dedication runs from 9-11a.m. today at the Frogtown Field off of Gun Club Road near Angles Camp. Click here for more league information and schedules.