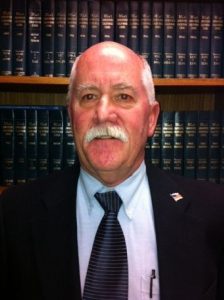 Blacklock says, “We are in a fragile state and national economy. We hope what we are seeing sticks, and actually improves, over the coming year and next year.”

In the past 5 years Calaveras property taxes decreased by $5 million. Blacklock says like last year, General fund departments will not have to layoff anyone. He says delays in hiring people for open positions have saved the county $690,000.

Finally Blacklock concluded, “Predicting how we are going to step into the final budget is only a projection right now. We hope we are going to end up in the black and that will be a good thing.”

Last year, by the end of the year, Calaveras was in the black. Blacklock says, “that is due to departments, I think, doing a good job holding the line overall on spending and being very watchful of the revenues as well. That’s one area we focus a lot on with departments, encouraging that they go after and secure the various state and federal revenues.  We carry out a lot of state and federal types of programs and we need to really watch the revenue side of the equation as much as the expenditure side because the expenses don’t work if we don’t have the revenues in.”

The preliminary budget is due April 1st.