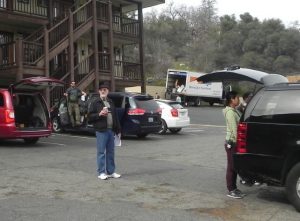 Columbia, CA — A film crew is in town for three days to film an episode of “Haunted Collector” The show airs on the Syfy channel and covers two stories about ghost encounters per episode. The crew is filming part of their upcoming third season show at an undisclosed location in Columbia.


The 12 all-new episodes in 2013 feature paranormal expert John Zaffis and his team of investigators. They respond to calls from around the country by individuals and businesses who’ve been terrorized by items that have been taken over by paranormal spirits and/or energy.