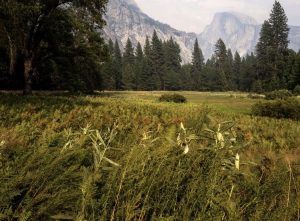 Yosemite, CA — A significant milestone was reached on the Ferguson Fire today as Yosemite Valley was re-opened to visitors.

The valley had been closed for about three weeks due to the 96,606 acre Ferguson Fire. The visitors that return today may still see visible smoke within the fire’s perimeter. Everyone is encouraged to drive defensively and slowdown when fire resources are nearby.

Crews are making slow and steady progress containing the remaining hotspots near Elephant Rock, between Wawona Road and the Merced River. Crews are also actively working to repair suppression lines so that the impacts from firefighting will be lessened. It includes repairing dozer and hand lines and using heavy equipment to build water bars.

The Ferguson Fire is 86-percent contained.