Man Arrested For Meth And Burglary 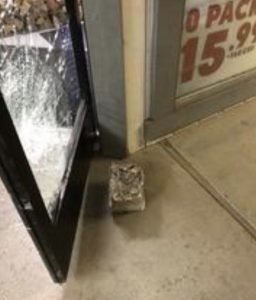 It happened early yesterday morning, shortly before 4am. The Calaveras County Sheriff’s Office reports that the alarm went off at the business and arriving deputies found 46-year-old Richard Haight in the parking lot, near the broken glass window. Video surveillance helped officials determine that Haight was responsible for the incident. He was arrested for attempted burglary, vandalism and possession of methamphetamine. He also had an outstanding misdemeanor warrant out of Tuolumne County. After being booked into Calaveras County Jail yesterday morning, the sheriff’s office reports that he also allegedly assaulted a fellow inmate. The additional charge is pending.