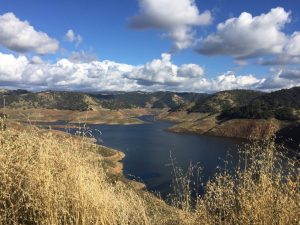 Sonora, CA — Beginning this Friday at the onset of the Memorial Day weekend holiday the Bureau of Land Management (BLM) is initiating fire restrictions and temporary target shooting limitations in 14 counties including those in the Mother Lode.

According to the National Interagency Fire Center, models are predicting a hotter and drier year with greater fire risk in tree mortality areas. In its release sent Tuesday afternoon, the BLM Mother Lode Field Office cites that nearly 90 percent of wildfires in the United States are human-caused. It also notes that whether the fires are sparked intentionally or unintentionally, those responsible are obligated to pay fire suppression and repair costs. Along with using extreme caution, whose recreating outdoors are advised to carry a shovel and water at all times and check weather forecasts and fire danger ratings before leaving home.

Officials state that the restrictions/limitations listed below will remain in place until fire dangers subside:

• No shooting, use of firearms for hunting is still allowed – hot bullet fragments and exploding targets from recreational shooting can spark a wildfire

• No motorized vehicles off established roads or trails

• No fireworks, including “safe and sane” fireworks

• No welding or operating acetylene or other torch with open flame, except by special permit

•No use of explosives, except by special permit

Campfires and barbecues are allowed only in fire rings at designated campgrounds. The public is additionally advised to clear ten feet around campfires. Portable stoves with gas, jellied petroleum, or pressured liquid fuel remain authorized with a valid California campfire permit, available by clicking here.

For information on how to prevent wildfires, click here. For specific questions call the Mother Lode Field Office at 916-941-3101.