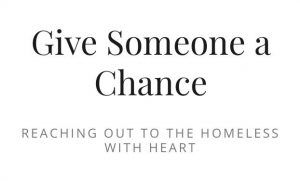 Give Someone A Chance Logo

Sonora, CA — A local non-profit will soon unveil a bus that will be set up to provide showers for residents who are homeless.

The group “Give Someone A Chance” will hold a ribbon cutting on Friday, March 16 along Forest Road in Sonora near the former Adventist hospital. Hazel Mitchell of the organization reports the bus will have two shower stalls, and one of which will be handicap accessible. The organization will also provide clean socks, underwear and hygiene products. Those utilizing the showers will have about 15 minutes to go in, change, shower, and come back out. There are plans to eventually take it to four locations in the county each week, Forest Road, in Tuolumne at the United Methodist Church, the David Lambert Drop In Center in Sonora, and at an undetermined spot in Jamestown.

Mitchell estimates it will cost around $75,000 to $100,000 to operate the bus each year, with the goal of providing 5,000 – 6,000 showers. The ribbon cutting will feature local dignitaries, including Tuolumne County Supervisor Randy Hanvelt, Sonora Mayor Connie Williams and Give Someone a Chance Chairman Dick Mitchell. It will run from 11:30am-1:30pm. Open house tours are also planned for April, and there is a fundraiser scheduled for May 5 at the Sonora Elks Lodge. To learn more about the organization, click here.

Of note, Clarke Broadcasting requested photos of the bus, but Mitchell noted it is currently being painted, and the organization wants March 16 to be the community’s first look at the vehicle.