Visitors Able To Marvel At Magnificent Trees Once Again In Yosemite 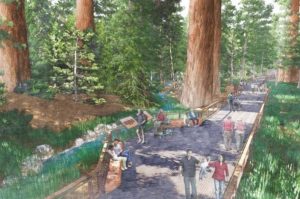 As reported here, the grove was shut down in July of 2015 to refurbish the giant sequoia grove, with the ultimate goal of the project being to enhance the visitors overall experience, according to park officials, which provided this list of key elements of the restoration project:

With the above work accomplished, park officials have announced that the famous grove will re-open to the public on Friday, June 15 at 9 a.m. Drawings of the restoration project are in the image box.