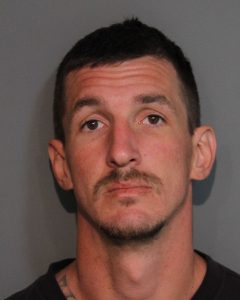 Arnold, CA — A man is wanted on charges of burglary and evading, following an incident this week in the Arnold area.

The Calaveras County Sheriff’s Department says 31-year-old Jimmy Blake Terry allegedly led deputies on a lengthy pursuit while driving a stolen truck. The vehicle was found abandoned, shortly after the pursuit ended, but Terry could not be located. The sheriff’s department notes that Terry is wanted for burglary and evading, and also two outstanding arrest warrants from both Calaveras and Tuolumne counties. His last known address was in Arnold. Anyone with information about his whereabouts should call the sheriff’s department at 209-754-6500 or the anonymous tip line at 209-754-6030.