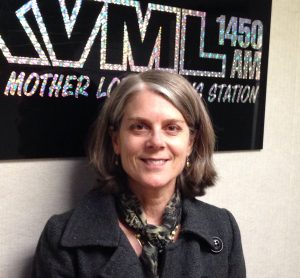 Sonora, CA — Tuolumne County’s head educator has tasked a financially troubled school district with what promises to be a tough as nails assignment.

As Tuolumne County’s official “second set of eyes” on the Sonora Union High School District’s (SUHSD) latest budget, it fell to Superintendent Margie Bulkin this week to take the trustees and Superintendent Pat Chabot to task for not making significant enough changes to address its current budget crisis.

Bulkin spoke with Clarke Broadcasting after the district board meeting this week, during which she provided counsel and a formal letter of direction (clickable at the bottom of the article) addressing the current iteration of its second interim budget and the district’s recovery plan she previously requested. Bulkin has legislative and constitutional authority to review all school district budgets to ultimately determine whether or not they are fiscally sound before final approval.

Optimally, as she points out, budgets are certifiable as positive — meaning they can meet fiscal obligations for the current year plus two years with at least a four percent reserve. If the budget meets only present year needs, it is certifiable as qualified; if it fails to do even that the budget is certified as a negative one.

Right now, Bulkin says SUHSD is precariously teetering between a qualified and a negative budget due to years of deficit spending that has slowly crept up and has now ballooned into a major crisis. Although the district’s first and second year budget reserves respectively figure in at eight and six percent right now, by the third year it all but disappears — plummeting to roughly one-third of one percent. “Which is why they are in that crisis,” Bulkin emphasizes. “They need to make the cuts now. If they do not, that deficit increases…the sooner they can recover.”

Matter-of-factly, Bulkin states, “I pointed out [to Chabot and the trustees] that their recovery plan was lacking in a number of areas to reassure me that they can achieve a positive certification. They have to reach deeper into reducing their deficit. Every district desires a positive certification and that is what the public should expect.” She adds that while district officials are fully cooperating, “They have a lot of work to do — and they know it.”

While Bulkin does not have the authority to say what specific cuts be made, she called for the district to come up with a facilities master plan with attention to the high profile ones such as the J Bond-funded aquatics center. “I have no authority over voter-approved bond expenditures but they need to show how they plan to maintain those buildings once the money has been spent,” she maintains.

“A few other areas that I have asked them to look at carefully and amend their plan – SUHSD has a very low average daily attendance, which leads to chronic absenteeism. At 91 percent attendance of total enrollment – so about a ten percent chronic absenteeism — that is affecting their revenue stream [of state funds awarded per student count]. They need to figure out a way to solve that problem,” Bulkin continues.

Too, “I also asked them to strongly consider delivering additional preliminary and precautionary layoff notices by March so they have some breathing room to figure out which ones they should truly act on by May,” Bulkin emphasizes. “All of these are intended so that they can achieve a positive budget.”

While the superintendent acknowledges her direction in this last area is particularly difficult for staff, students and parents already unhappy with curriculum cuts to date, Bulkin maintains that personnel makes up about 85 percent of the district’s expenses, “None of it is comfortable. None of it feels good but school districts need to operate with positive budgets, not in a qualified or negative status and we are working together to help that.”

Asked if SUHSD’s dire financial straits compare with other district schools, Bulkin confides, “Sonora High is not alone in that there are a number of districts teeter-tottering between a positive and a qualified status.” But, she qualifies, “Sonora High has operated at a certain level and not adjusted that delivery with declining enrollment. It is very clear in the charts of their fiscal analysis that — while enrollment has progressively declined — their staffing ratios have not been commensurate with that decline.”

She adds, “They are recognizing that now and that is where obviously, the cuts are the deepest because they are over-staffed in terms of money that they get from the state. These are the areas that they are examining now…where they can achieve the greatest equalizing to reach a positive budget.”

Probably the quickest thing to point to, declining enrollment without staff reductions, Bulkin says, mount over time to create conditions for an ongoing qualified budget status ahead of  “a perfect storm” leading to a negative certification.

“While we do not have a single school district in our county that is negative — when there is a negative certification, the state comes in and takes over the decision-making of the budget, so we are helping to avoid that status,” Bulkin warns. She admits the lesson summary is a hard one. “It IS uncomfortable and unsettling — and no one likes any part of it,” she says. “But when [SUHSD budget planners] they get back to a positive status, hopefully we can all post through the coming years with more confidence.”